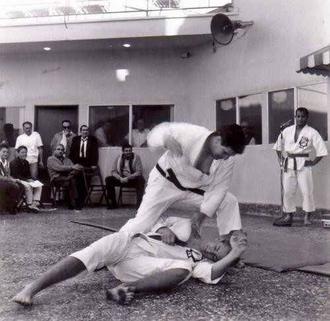 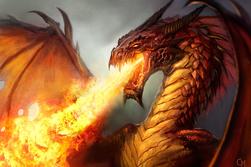 With Larry Hartsell at the Santa Monica School, circa 1963 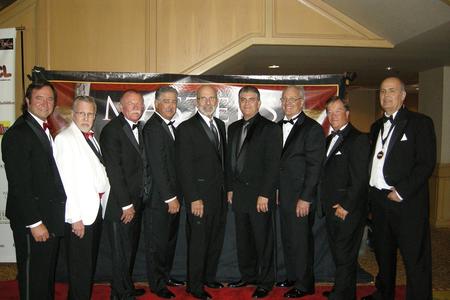 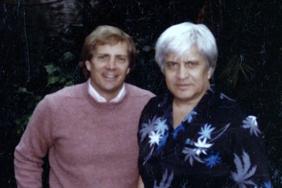 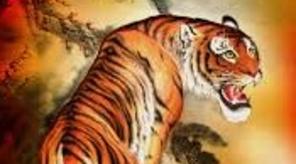 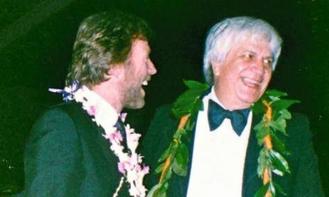 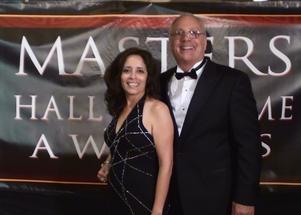 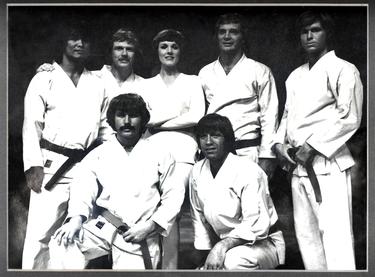 In October 2018, Tom Bleecker was promoted to 8th Degree Black Belt, Associate Master of the Arts, in a ceremony attended by dozens of American Kenpo Senior Black Belts and officiated by Grandmaster Chuck Sullivan. 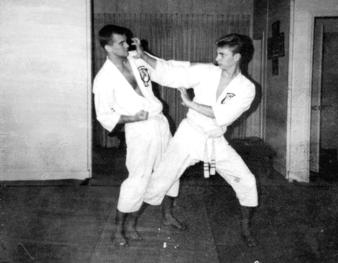 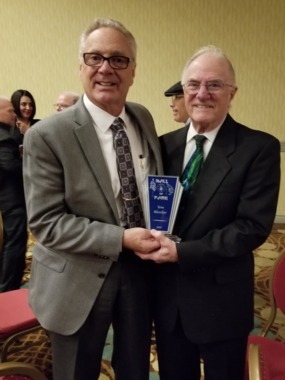 With wife Lourdes at the Masters Hall of Fame 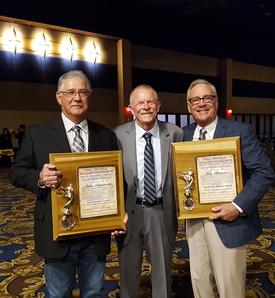 In 1972, Blake Edwards asked Tom Bleecker to put together a team of martial artists to appear on the ABC variety TV show "The Julie Andrews Hour." This is a photo of the team that includes a young Chuck Norris and John Natividad. Tom is standing to Julie's left. 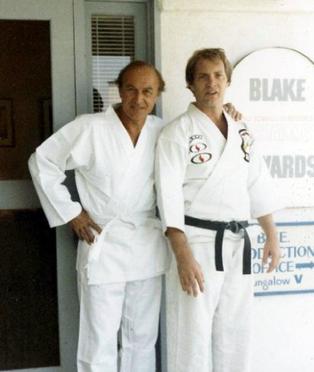 Ed Parker works a technique on Tom while Dan Inosanto (as a brown belt) looks on. 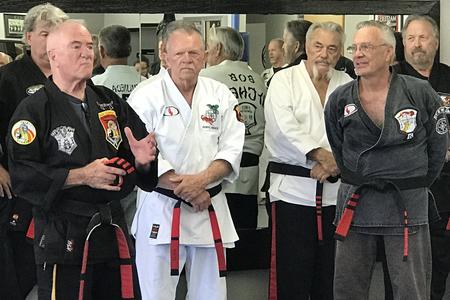 Chuck Norris with Ed Parker at the Tribute

With SGM Chuck Sullivan, who introduced Tom at the "Kenpo Hall of Fame." Click here for Tom's acceptance speech.

​On November 10, 2018, Tom Bleecker was awarded the KENPO LEGACY AWARD.

Fearful of a high school bully in the summer of 1962, Tom Bleecker, at age 16, enrolled as a beginning student at Ed Parker’s Kenpo Karate School in Los Angeles. At that time, Ed Parker was 32 years of age and the only black belt on the mats. Bleecker became a dedicated student and 18 months later in December 1963 was awarded his Brown Belt. In August 1964, he competed in the first Long Beach Internationals, and then a year later competed again and took second place in the heavyweight brown belt division. It was around this time that Bleecker befriended a relatively unknown kung-fu practitioner Bruce Lee. Over the next several years, Bleecker helped introduce Bruce around the Hollywood community and the two became good friends.

Although in the '60s and '70s the Pasadena school was the mothership of Ed Parker’s American Kenpo, the West Los Angeles (WLA) schools have their own unique place in Kenpo history. In October 1965, Bleecker was awarded his Black Belt at the age of 19 and became the Head Instructor of the WLA School until October 1969 when he went on location with director Blake Edwards to work on the MGM film Wild Rovers.

For the next two decades, Bleecker taught Kenpo to many Hollywood celebrities, including Blake Edwards, Julie Andrews, William Shatner, Bob Loggia, and many others. In February 1988, he sold his Kenpo IKKA affiliate school in Solvang, California and produced a memorable Tribute to Ed Parker that was held at the Bonaventure Hotel’s grand California Ballroom.

In addition to writing numerous articles and granting interviews to the top martial arts magazines, Bleecker has penned the biographies of well over two dozen esteemed martial artists, including Bruce Lee, Benny "The Jet" Urquidez, Senior Master Bob White, Donnie Williams, Byong Yu, and many more. Remaining active in Kenpo, he has taught seminars alongside many martial arts legends, including Benny “The Jet” Urquidez, Bill “Superfoot” Wallace, and Senior Master Bob White. After 56 years in and around the American Kenpo Karate community, Bleecker presently holds the rank of 7th Degree Black Belt.

In honor of his more than five decades of close involvement with the martial arts community, on August 11, 2012, Bleecker was inducted into the prestigious “Masters Hall of Fame,” receiving the “Platinum Life Achievement Award,” which was presented at the Orange County Hilton at a black tie dinner.

August 2017, Bleecker was induced into the American Kenpo Hall of Fame.

June 2018, Bleecker was presented with the "Frank Trejo Masters Award" by Stan Witz at the World Championships in Las Vegas, Nevada.

September 8, 2018, Bleecker was promoted to 8th Degree Black Belt by a large contingent of the American Kenpo Community. The official ceremony was conducted by Grandmaster Chuck Sullivan, who is the most senior kenpoist of SGM Ed Parker's first generation black belts. ​