The biographies of 28 of the most prominent Kenpoists in the world today as told to Tom Bleecker. This is a large book with hundreds of pictures. YouTube video overview.

After losing two consecutive matches while wrestling on his high school wrestling team, Rick Avery learned from his wrestling coach what would become Rick’s life motto—regardless of the risk factor and intensity of whatever obstacles he faced, he would show “no quit.” Throughout his challenging careers as a police officer, high-ranking martial artist, and over three decades working in Hollywood as a professional stuntman, Rick met each and every challenge placed before him with the sheer determination of no quit. Join Rick on his exciting and ever-changing journey from the cradle to the present that is filled with great storytelling and wisdom as told by the person who lived it. Copies can be ordered through www.rickaverybook.net 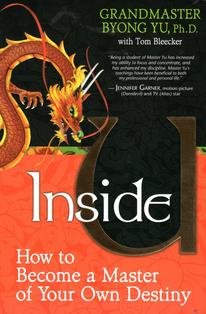 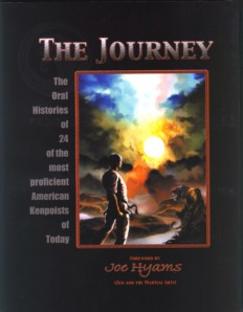 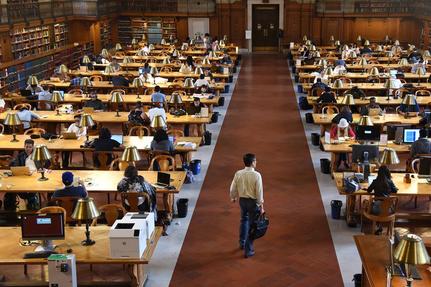 UNSETTLED MATTERS  is a hard-hitting biography for readers interested in a full and truthful accounting of Bruce Lee’s life and death. In addition to being a close friend and fellow martial artist, the author co-authored The Bruce Lee Story with Lee’s widow, Linda Lee. Noted biographer and close friend of Lee's, Joe Hyams wrote, "Tom's enlightening information about the death of Bruce Lee finally puts the pieces of the puzzle together—a must-read for all martial artists. Author explains revised edition.

On the morning of October 4, 1969, 20-year-old Diane Linkletter died after she fell from a window of her sixth floor apartment in West Hollywood. Because she was the daughter of famed Hollywood radio and television personality Art Linkletter, the media jumped on the story and, based on preliminary their findings, labeled her death a suicide caused by her taking LSD. In subsequent reports, Diane Linkletter was painted as having a serious drug problem dating back to her early teens, as well as being severely despondent. Having never believed that Diane had a serious drug problem or that her death was a suicide, her former boyfriend and fiancé from high school reveals in this book the people and events that finally dispel the notion that Diane ever had a serious drug problem and that her being emotionally despondent led to her taking her own life. 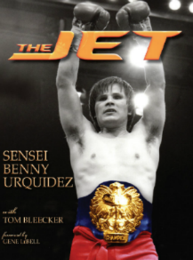 The widow of the late martial arts star traces his life from his childhood in Hong Kong, to his education in the United States, his career as an actor, and his untimely death.

With the racial tension on the rise in America, Pastor Donnie Williams gives a gripping testimony of having been raised in abject poverty hating white people and how Jesus Christ led Williams on a path to removing the racial hatred that was undermining every facet of Williams’ life. When this book was first published in 2006, Pastor Donnie Williams was invited to appear as a guest on Pat Robertson’s “700 Club” that was followed by regular appearances on Paul Crouch’s TBN “Praise Hour” and a letter from then-President Barrack Obama thanking Williams for the book. Bishop Williams on TBN. 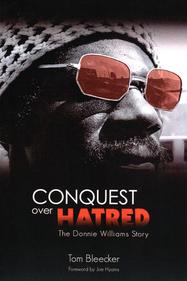 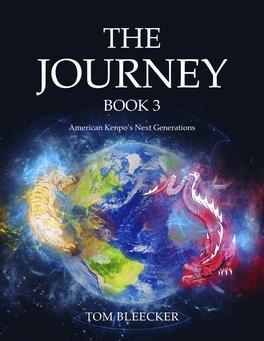 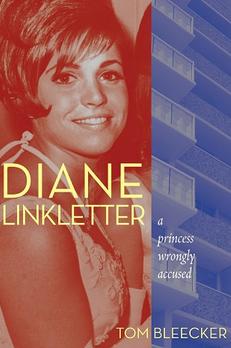 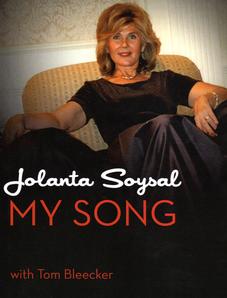 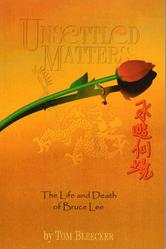 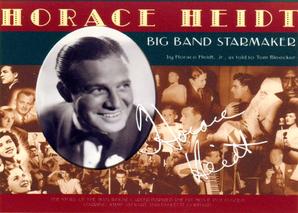 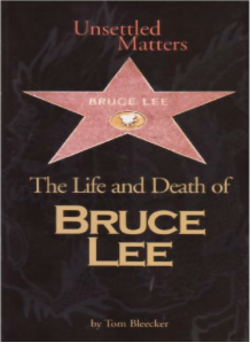 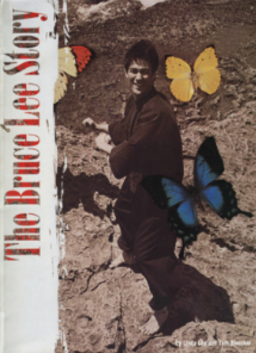 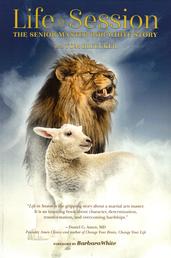 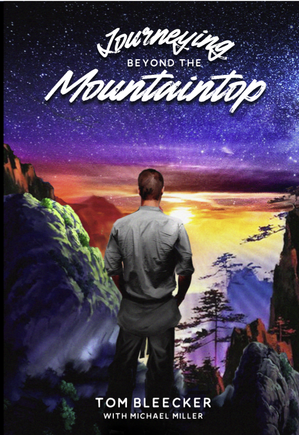 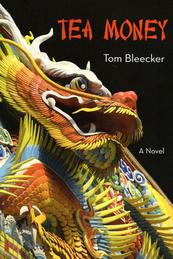 This is the life story of Tom Bleecker that includes his nearly 60-year study of American Kenpo, as well as his many decades working in the Hollywood film and television industry. The author talks extensively about his close friendships with director Blake Edwards, martial arts icon Bruce Lee, and his friendship with Oscar-winning actor William Holden. This book is 6 X 9, 350 pages, and over 200 pictures.

While writing the biography of a deceased international Asian megastar whose death was ruled an accident, a former street reporter battles a powerful Asian crime syndicate when he discovers that the celebrity was murdered and that his widow, under the threat of death, has become an accomplice in the murder cover-up and the victim of extortion. On reading the screenplay version, acclaimed actor Peter Strauss commented, “I thoroughly enjoyed the material. I do believe the Asian underworld is a rich cinematic plateau. And the script had a nice Chinatown and Jake Gittes character feel.

Much has been written about the great jazz swing bandleaders such as Duke Ellington, Benny Goodman, and Glenn Miller. However, little has been documented about the sweet dance bands and show leaders that were equally important part of the era. The historical injustice has finally been addressed in Horace Heidt: Big Band Star-Maker.

A kenpoist is one who studies the martial art of Kenpo. These 24 individuals are masters of the martial arts. This book is both inspirational as well as informative. There is also a chapter dedicated to the world's most famous Kenpoist - Elvis Presley. In addition to a founder's a history chapter, the book contains over 300 historical pictures. "The Journey" received extremely favorable reviews in New York and Las Vegas where it debuted on 8/10/01. THE JOURNEY has attracted a been read by substantial crossover audiences.

In this guidebook, Tae Kwon Do Grandmaster Byong Yu explains the Golden Keys to Life - you do not have to physically practice martial arts in order to benefit from these lessons. The book aims to help you discover your true destiny and conquering every obstacle that stands in your path. 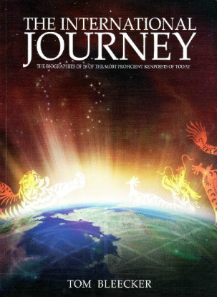 Born in Poland in March 1944, Jolanta Soysal spent the next four decades under the harsh oppression of the Soviet Union. Earlier in 1981 and without warning, martial law was initiated throughout Poland, and by 1987 conditions had worsened. Fearful of another invasion and complete takeover by the Soviet Union, Jolanta traveled to the United States, determined to establish roots so that she could soon bring her family to America. Arriving in New York on a 90-day travel visa, she had only 40 dollars, spoke only a handful of English words, and had no job. My Song is the story of a mother’s courageous sacrifice and determination, her heartwarming memoirs, and a reliving of the bygone years of the Cold War era.

This 354-page third installment of the Journey book trilogy features 32 esteemed American Kenpoists, a history chapter, a special chapter on the Irish link to American Kenpo, approximately 400 photos (many historical), and 125,000 words of text. This is a must-read for American Kenpoists. 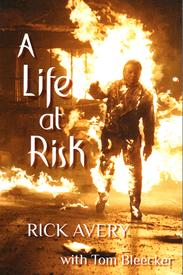 Proclaimed by many renowned masters to be the greatest pound-for-pound kickboxer of all time, Benny Urquidez pioneered full-contact fighting throughout the world, often fighting in bouts where the rules were ambiguous and contrasts in styles were dramatic. In the 1970s, he won the PKA and WKA World Kickboxing Championships, and then went on to defeat Japan's World Champion. Highlighting his stellar career that spanned two decades, Urquidez came out of semi-retirement at the age of 42 to seal his legendary status by defeating Japan's 25-year-old reigning World Champion. Victorious in six World Championships in five different weight divisions, Benny "The Jet" Urquidez has remained undefeated for 27 years as the longest reigning World Champion ever. Sensei Benny excited about his book being printed.